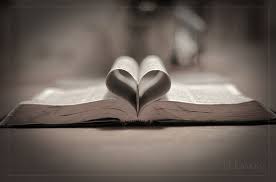 I wonder if Christ would have refused to construct furniture for a Lesbian couple or anyone else, or if He would have used the opportunity as an entrée into their lives, and they into His.  And I further wonder if He would have favored a law (He seemed so repulsed by law in general) that used His name as an excuse for the refusal of service.

The above is a comment I made on Facebook in the midst of a thread about Senate Bill 1062 in Arizona.  A bill that, if signed by the governor, will allow business owners to refuse to serve clients if that service somehow misaligns with their religious beliefs.  For example, courts in New Mexico recently required Christian photographers to pay thousands of dollars in fines because they refused to film a Lesbian commitment ceremony.  If New Mexico had a law like the proposed law in Arizona, the photographers would have been protected.

You may know that many years ago I was the Deputy Director of the Office of the Governor of Arizona.  I find this legislation shocking, especially all these years later.

I have spent most of my adult life in Uganda.  There, a bill sits on the President’s desk, awaiting signature.  This bill, if passed, will mean that gay individuals will be punished with life in prison, and people who fail to turn-in gay friends and colleagues will also be punished. The legislation was strongly supported by the international Christian community.

I am writing today not to make an argument for (or against) homosexuality.  I am writing from my heart of faith, and to challenge my fellow Christians to re-examine how our religious beliefs inform our actions and interactions with other people.

As I suggested in the above Facebook post, I believe Christ would have welcomed the Lesbian clients, and used it as an opportunity that they might come to know Him.  If we believe that we are His representatives on this earth, I believe we should feel tremendous shame if we make laws that allow us to refuse to serve.

“I do not set aside the grace of God, for if righteousness could be gained through the law, Christ died for nothing!” –Galatians 2:21

Perhaps God sent that couple to the so-called Christian photographers so that He–through them–could be physically present during this time in their lives and in their relationship.  By refusing to serve them, the photographers did not give the couple pause or conviction.  They gave them a very wrong impression of God, and drove them further away from the grace and faith that the photographers claim to espouse and hold precious.

May we be most cautious as we dig in our heels.  May we be clear about what we believe–and why–lest we become as Pharisees and miss the whole blessed point.

“By this everyone will know that you are my disciples, if you love one another.”  –John 13:35

← “Embracing Curiosity” (My monthly gratitude list)
Where do we go from here? →

9 comments for “A Failing Grace”