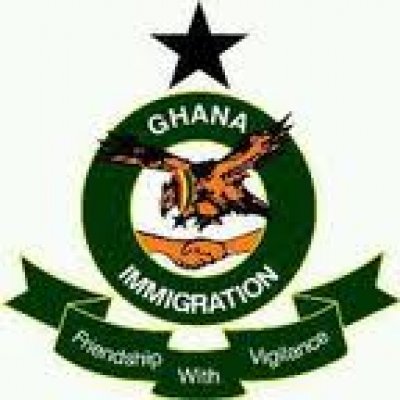 I keep thinking about the very intimidating-looking immigration officer who reviewed my papers as I exited Ghana on Thursday. He wore a dapper, tailored uniform, and sat very proudly in his cubicle. The vignette of order–within the larger scene of chaos that is the Accra airport–was remarkable on its own.  And even when one’s papers are in perfect order, the sense of vulnerability in the immigration line is unavoidable. The officer, in this case a soldier, has the power to decide if you may or may not continue on your journey. Your very freedom is in his hands.

After several questions, he asked one more. I didn’t hear him. Again, the noise of chaos surrounded us. I detected multiple languages being spoken within a four-foot radius of our own conversation. The milieu of cultures meant that everyone was speaking at different volumes, and the collective decibels echoed throughout the hall, consuming my mind-space, leaving little for this conversation.

“I’m sorry, sir, what did you say?” I asked. He looked at me with a smile, and repeated, “Won’t you come visit me next time?”

Then the sound of the STAMP-STAMP-STAMP as my passport and papers received his official adieu, and I was off to London with a sense of enchantment.

Thanks to this kind Ghanaian officer, I have learned four important leadership lessons:

I Hope You Dance (A 1-minute reading on somatic knowledge) →

6 comments for “Four Leadership Lessons from a Ghanaian Immigration Officer”