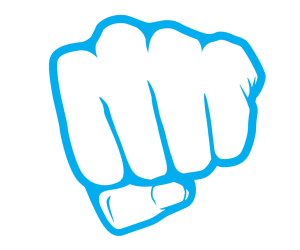 So, I got punched in the face.  No, I don’t mean that metaphorically.  My boxing partner and I were sparring, and boom!  Okay, it wasn’t hard, it was my fault for not ducking (I knew it was coming), and it was with a padded focus mitt, so it was really a non-event.  But at least I get to say it.

It also got me thinking about the times that I have been metaphorically punched in the face, and three lessons emerged from the experience for me:

Decide who’s at fault.  Often what seems to be an ugly attack from another is really our own Shadow being cast onto them.  Assessing the strike through this lens can be useful in developing strategies for rebounding from it.  It is also often the case that we represent someone else in the attacker’s complicated life-story, and the jabs are really meant for them, not for us.

See it coming.  My dad, originally from the Ozarks, has a rich repertoire of southern sayings chock-full of wisdom.  Two of my favorites are: “Don’t be surprised when a skunk stinks,” and “Never wrestle with a pig because you’ll both get dirty, and the pig will like it.”  Unfortunately, there are people who like to throw punches, but there’s no reason one has to scrap with them.  Developing your somatic knowledge (your visceral sixth sense), and learning to trust it, makes it much easier to anticipate the malice of others, and to know when to duck.

Was it a non-event?  Check the drama at the front door!  I know I have sometimes allowed pride to be the star of the show when I didn’t even need to raise the curtain.  I want to learn to take a punch, and then ask myself, “Is this really that big of deal, or can I just get over it?”

← 4 Reasons I Value Disagreement
4 Options When People Hurt You →

3 comments for “So, I got punched in the face. (A 60-second read on addressing psycho-violence.)”