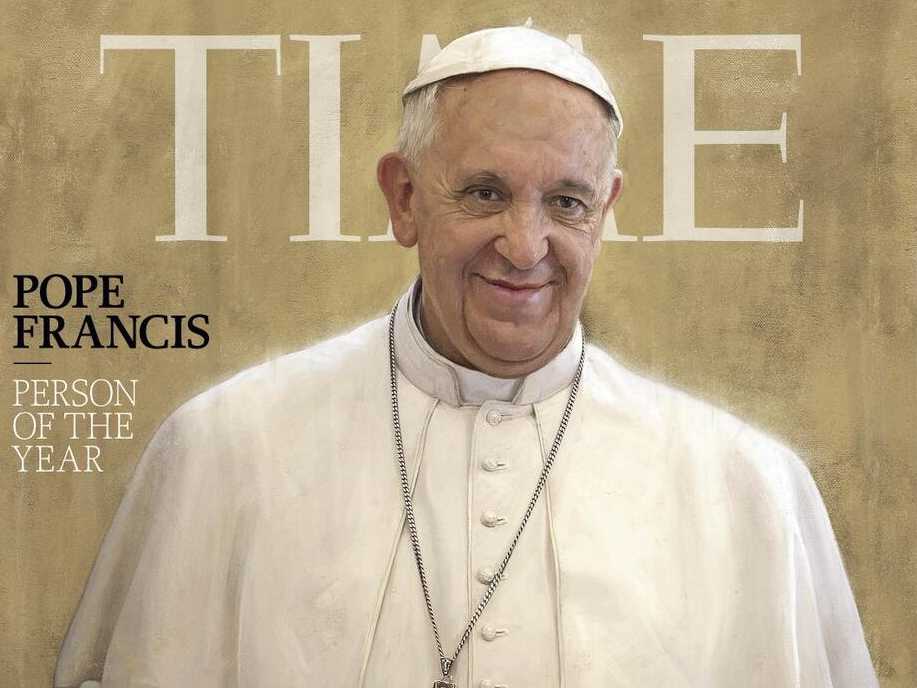 Like so many, I have been inspired and impressed by Pope Francis and his courage to challenge many of the practices of the papacy, and the traditions of the church.

I often imagine him surrounded by people who say things like, “Well, you can’t do that,” or “But this is the way it’s been done for centuries!”

I also imagine his reply to be something like, “And your point is…?”  Breaking free from tradition is ridiculously, needlessly–and genuinely–difficult.

Leadership sees beyond tradition and practice, and seeks to root action in a righteousness that may have been lost along the way, or that may be emerging anew and afresh.  The “new wine in old wine skins” parable is of great value in this consideration.  When Christ was challenged for having his disciples depart from seemingly timeless practices, He ushered in this thinking of a progression beyond ritual and into a deeper, more intimate passion at this intersection of humanity and spirituality.  (He did this time and again, according to Scripture.)

I fear that many of us have lost any real notion of our epistemology, that is to say that we don’t know HOW we know WHAT we know.  We just continue to believe, act, and preach as has been done for decades, indeed centuries.  If, for example, someone asked you for chapter-and-verse references to explain your most adamant convictions about society and “sin,” would you be able to offer a clear and logical defense?

One of my professors, Dr. Lea Hubbard, often challenges her students to “interrogate the data.”  She encourages us not to simply make assumptions about the information we have collected, nor to take the data at face-value, but rather to spend time with them and truly investigate what we think we know.  And why.

It seems to me that Pope Francis is provoking us to do the same with our own understandings of our faith, and of values and traditions we have held dear–indeed sacred–for generations.  And I think it is healthy to do so, but also very taxing.  To access intellectual and spiritual honesty within those dearest, most sacred places of faith is perhaps one of our greatest challenges.

I would further offer, however, that the person who really paved the way for all of this is not actually Pope Francis, but rather Pope Benedict.  By taking the extraordinary act of resigning the papacy–something that hadn’t been done for more than 600 years–he invited his successor (and countless others) to reconsider, reexamine–and therefore–to refresh and restore.  As a scholar, he took time to interrogate his data–to challenge his own epistemology (ways of knowing); a bold act that essentially gave so many others the freedom and conscience to do the same.  Indeed in his letter of resignation, he used similar language, saying that he had “repeatedly examined” his conscience before God in the making of this decision.

I am pleased that Pope Francis is Time Magazine’s Person of the Year.  But I give a special salute to the pope emeritus, the now self-proclaimed “just a pilgrim,” the leader who made the bold move to the back seat so that previously unfathomable departures from ritual might emerge from places that are truly sacred.  And good.

(I have previously blogged about ways of knowing thrice, click here.)

← How is it that this is not already so?
Synonyms, Sensations & Symbols (My monthly gratitude list) →

2 comments for “The Pope behind the Pope of the Year: Paving the way to change”