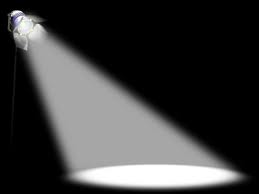 The room was just another fancy DC hotel ballroom, but the Academy of Achievement’s team had transformed it by mastering the use of light.  The space was mostly dark except for the candles on the tables, swirling lights cast onto the wallpapered walls, and the spotlight on the dais.  There were only about 100 of us in the room, including people like Wolf Blitzer, Chris Matthews, David Gergen, and randomly, Jacques Cousteau’s granddaughter.  Also in the room were the Reynolds Fellows (of whom I was one) from New York University and Harvard.

Given time constraints, only two fellows had the opportunity to give a talk.  Both were very impressive people.  The first gave an inspiring talk about her important work.  The second was graceful and elegant, a young woman from South Africa.  I didn’t know her well because she was at NYU (while I was at Harvard).

Once she returned to her table, I made my way across the small, dark ballroom and said to her (not so eloquently): “That was very cool.  I will remember to do the same in the future when I am given the opportunity to stand in a bright light, and to talk—I will tell the stories of Others—and not only of Self.”

I’m afraid I have not always kept that pledge, but I hold it firmly within my intentions.

When a bright light is put on us, and when we are given voice—in front of people whom others claim to be important—the temptation to speak about Self is understandable.  But when we use that opportunity to instead shine that light onto others—to give others voice—I find that Self only shines brighter.

Light played a very strong role in transforming that typical ballroom into something special, and in illuminating a very precious spirit at an important moment of her human experience.  And I learned yet another way to use the light to reflect greatness, purpose, and goodness.

← Do It Anyway: Why greatness in leadership often emerges from heartache, pain and risk
“16 Things that Make Me Happy” (My monthly gratitude list) →

7 comments for “Yet another way to use the Light”